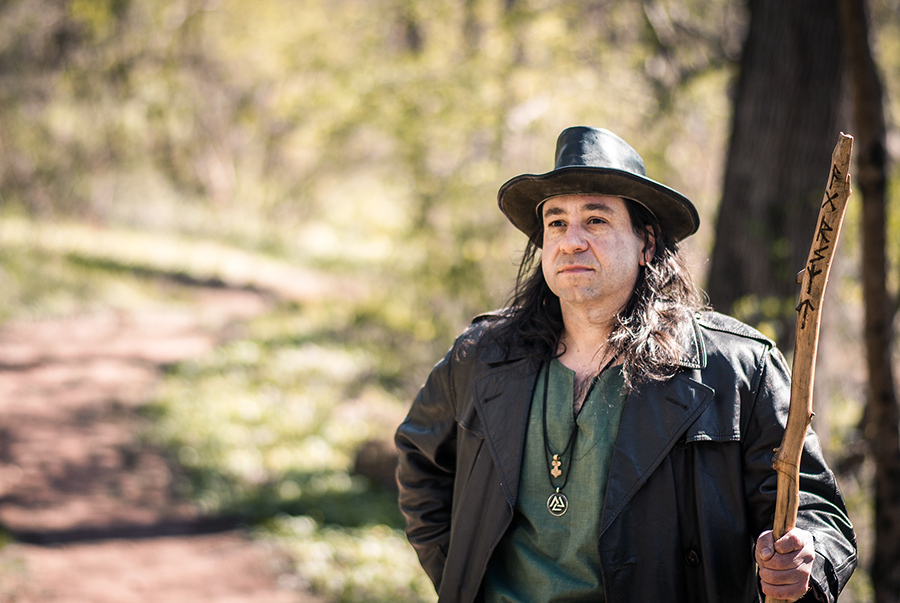 John is one of the founding members and the creative director of Ashagal.  His  music and audio has spanned the territory of experimental and ambient audio environments and recordings to playing ancient northern European folk instruments.

As a child John played brass.  He experimented with sound design and music after college and proceeded to release three albums of experimental and electronic soundscape through out the years before returning to instrumental studies.  In 2006 he began actively studying early music and learning the medieval bagpipe and recorder.  In 2009 he began his first ensemble - Terra Serpentis - and played with that act for almost 4 years on the local festival circuit.

His work - both visual and audio - explores surrealism, landscape, and elemental symbols. He delves into mythology, primitivism, history, and the social and psychological fringe through both still images and multimedia.

John studied photography and digital media at Stockton University, New Jersey.  He then continued his graduate coursework at Maryland Institute College of Art, Baltimore.  At MICA he delved into the worlds of critical theory, media, installation and sound art.

He is currently a professor and college arts program coordinator.  He also has publication credits for essay, poetry and fiction.

His visual arts can be found at http://www.johnharford.com